Tonight the City Hall was illuminated in honour of the World Police and Fire Games, which are being held in Northern Ireland at the moment. The front of the building was illuminated with a flame effect. 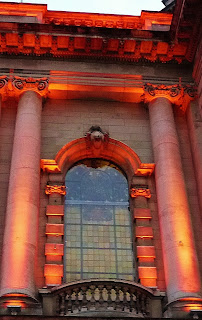 The dome was transformed into a flashing blue siren with red turrets. 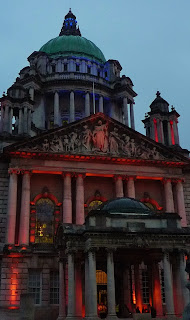 The photos would have looked more stunning in the dark but unfortunately due to a heavy shower, I had to hurry home. I did take one last photo before I ran for cover. 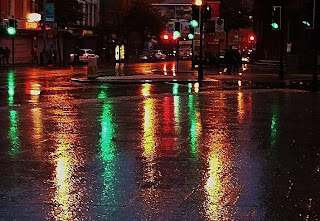