Again, I have not been good at blogging, lately, so thought it was time for a very quick update.
During the summer I entered a few categories in the Home Industries part of  the Castlewellan Show. 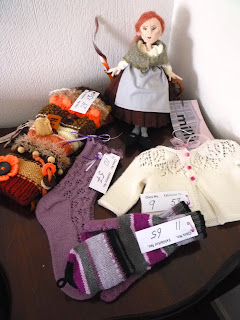 I won four categories out of the five I entered and had a great day at the Show. It was the first time this townie had been to an agricultural show.

Have been doing bits and pieces of knitting, including a bit of mini yarn bombing. Here's a daisy I left on one of the statues at C. S. Lewis Square. Hope it found a good home. 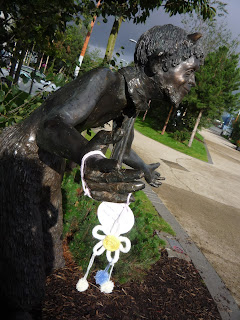 Things are busy here at the moment, we have just got a new wee dog, he's a Bischon and a bit of a rascal. His name after much deliberation is Obo, not "our best offer" or Obo nails, but as I live in a hockey mad household Obo is a brand which hockey goalies play in. Here he is actually still, as he is usually a blur! 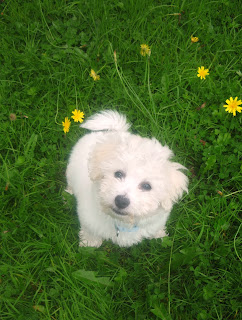 In between puppy duties and mopping up, I have been working on a new freebie pattern, which I will be hopefully posting on this blog, next week. Here's a sneak preview, think floral! 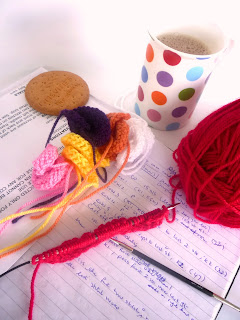